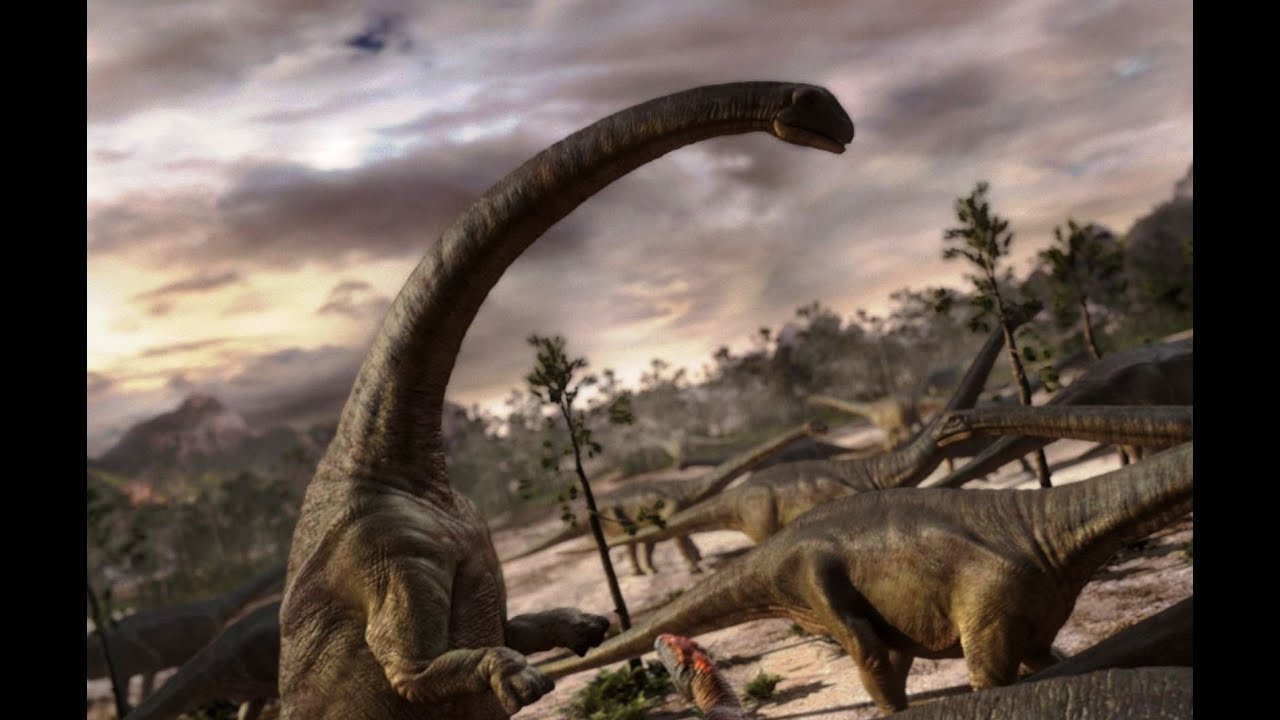 Argentinosaurus was a large sauropod dinosaur which lived during the Cretaceous period. It may very well be one of the largest dinosaurs which ever existed, surpassing even the Brachiosaurus in size. It lived in what is known today as South America, though much is still unknown about the creature.

A complete skeleton of Argentinosaurus has not yet been found. Only the tibia, ribs, and vertebrae have been found, along with the sacrum. The massive size of these bones and the knowledge of similar sauropod species have allowed paleontologists to calculate the size of the creature. They found that a full-grown Argentinosaurus would have been between 100 and 115 feet, and weighed between 90 and 100 tons.

As the name suggests, Argentinosaurus was found in the South American country of Argentina. It is one of the more recent discoveries made in the field of paleontology, with the first fossils found in 1993. The bones were found by Rodolfo Coria and José F. Bonaparte. National Geographic was on hand to interview the two paleontologists shortly after the discovery.

From the skin impressions which were found with fossils, it appears Argentinosaurus had armor with small scales which surrounded much larger scales. Argentinosaurus was a herbivore and probably was not selective in the types of plants it ate. It is believed that the Argentinosaurus, like other sauropods, lived in groups, much like elephants today.

Argentinosaurus is the denomination granted for a species of a titanosaurian sauropod dinosaur. More than 95 million years ago this animal was part of the Cretaceous period fauna, in the Cenomanian, of present-day South America.

Estimated so far as the largest known terrestrial animal, it is part of the Andesauridae family, of which the Andesaurus and Epachthosaurus are also part.

Argentinosaurus fossils were discovered in 1989, in the Río Limay Formation, belonging to the Río Limay subgroup, in Neuquén, Argentina. A large commission composed of the Municipal Museum “Carmen Funes”, the Cipolletti Museum, the National University of Comahue and the YPF of Plaza Huincul and which published the results in 1993.

The name of this genus was conceived due to the country where it was found, that is, Argentina, and has the suffix saurus, which comes from the Greek and means lizard. The species that forms it, A. huinculensis, has to do with the town of Plaza Huincul, in the immediate vicinity of where it was found.

The Argentinosaurus could reach more than 30 m. long, 21 m. high, and weighing 60 and 129 tons. Although remains of a dinosaur – Amphicoelias fragillimus – were found, these disappeared, so the record continues to be for the Argentinosaurus. Among the fossils found was a 1.3 m vertebra. in length, as well as a tibia of about 1.6 m.

This animal needed to have extensive wings in the vertebrae to insert the massive muscles. Meanwhile, the vertebrae were articulated with each other by insert structures, something necessary to be able to support so much weight.

From comparisons with other species, it was known that the relatives of Argentinosaurus had bones in their backs, by way of armor, so it is assumed that he also had them. However, it is worth noting that little is known about this genre.

The Argentinosaurus was a herbivorous dinosaur, so it fed on leaves. Because of their large size, it is normal for them to take the foliage of trees, even the tallest.