The History Channel show “Vikings” has given us a decent look into the Vikings’ society, albeit with a large dose of fiction. What the show doesn’t fail to tell is the brutality and badassery of the Viking warriors. Like those listed below (“Vikings” fans might recognize some names from this list!).

Björn Ironside of the House of Munsö (today, that’s the name of a Swedish island) has been pretty much all over Southern Europe in the course of his raiding days. Together with his fleet, he raided the coasts of Italy, France, Spain and North Africa. Björn was probably the first military leader that has successfully executed the plan of faking his death. 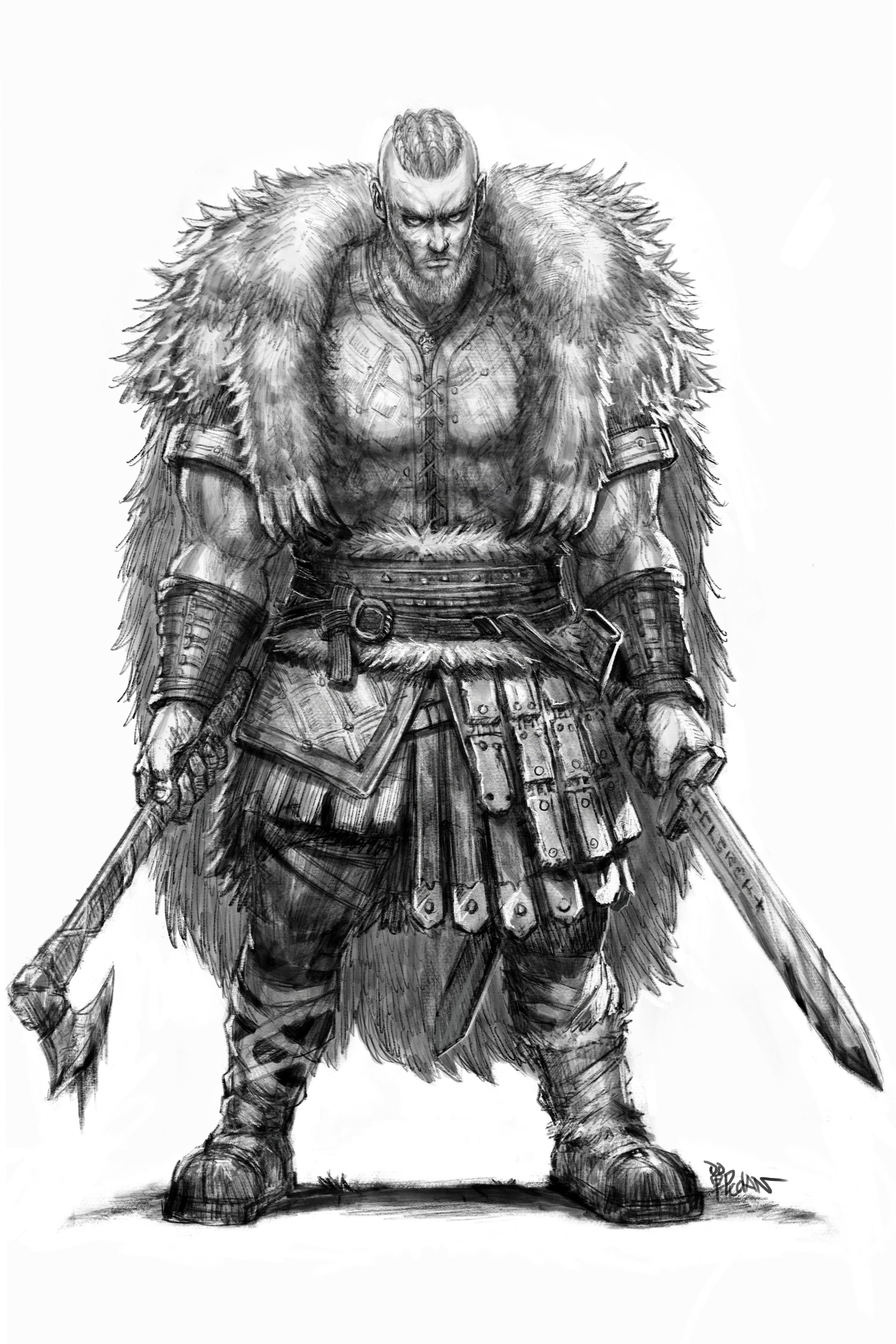 This happened in the town of Luni, Italy. Björn asked the priests to fake-bury him on consecrated ground and when the time came, he jumped out of the coffin and opened the gates of the city so that his men could invade. I guess it’s true what they say – a warrior with both brains and brawn is much more fearsome than your regular old brute!

Those of you who think that Vikings and literature can’t possibly have anything in common – think again. This guy is Egil Skallagrimsson. He was a poet at the age of three before he became a murderer at the age of seven. Poetry and murder were arguably of equal importance to him. Yes, the same savage who’s been exiled by the Norwegian king to Northumbria for being too murderous was a poet.

The exile did little to decrease his murderous inclinations, though – Egil continued to kill and ravage in Northumbria. His preferred method was tearing out throats with his teeth and gouging out eyes with his fingers. Even Eric Bloodaxe of Northumbria – next one on our list – was afraid of Egil, although he liked his poetry too much to kill him. Strangely enough, Egil died of old age in his 80s.

Also Check Out →  Roman Legion vs Vikings: who would win?

Technically, Eric Haraldsson was a Norwegian prince. Like many protagonists of medieval sagas, Eric murdered all but one of his brothers to ensure that he was his father’s sole heir. That is how he earned the name “Bloodaxe”. The nickname is particularly fitting since his father the King was, according to some historians, intending to give Eric the throne anyway. The one brother Eric didn’t kill exiled Eric to Northumbria after Eric’s year as King of Norway. Not much is known about that year. However, Eric subsequently became the King of Northumbria – not once, but twice! This is of note because of how contested the Kingdom of Northumbria was during that time. Unlike his contemporary favourite poet Egil Skallagrimsson, Eric Bloodaxe was killed in a battle.

This is another dude who got exiled from Norway for his homicidal tendencies. His were pretty damn bad – hence the nickname (although his red hair and beard were probably the primary reason for the name!). After being kicked out of Iceland for that very reason, Erik, with nothing but killing on his mind, sailed west together. During his time in Iceland, he recruited some people that sailed with him. That was when he discovered Greenland and attempted to form a colony there. Strangely enough, he succeeded and declared himself the chieftain of both. Erik fathered a daugther, Freydis, who is next on our list. And arguably, she’s even scarier! Keep reading to learn why.

Frøydis, or Freydis, was one badass lady. Of course, that’s to be expected from a daughter of a bloodthirsty politician like Erik the Red. However, one might say she was even more fearsome than her Dad. For instance, Erik the Red has never managed to chase off a Vinland army while pregnant. And Freydis did that with as little as a battle cry – or so some say. She also liked to travel and steal Vinland territories from her husband. In fact, she threatened to divorce him if he didn’t murder their travelling partners and their families. He didn’t feel like murdering their wives and kids, so our girl took an axe and did that on her own. And got away with it, too!

Ivar the Boneless was Björn Ironside’s brother and you probably guessed by now that he was just as badass as the rest of the family. Arguably even more so – despite his osteogenesis, which earned him the nickname, Ivar was a brutal warrior that had no problem killing with bow and arrow. Yes, he even fought on broken legs with the help of his men who carried him on shields into battles. His brutality and badassery is what helped him conquer many areas of England and ultimately become the king im Dublin.

Perhaps Ivar’s bloodiest and most brutal act was revenge on his father’s murderer, King Aelle of Northumbria. The technique was called “the blood eagle”. You can probably guess that that means slicing his back open in the shape of an eagle, pulling his ribs from the spine, and making wings out of lungs. YIKES!

“Vikings” fans know this warrior very well. Father to both Björn Ironside and Ivar the Boneless, Ragnar Lothbrok (or Lodbrok) spent most of his life – apart from his battles with snakes – pillaging and plundering all over England and France. Apparently, a French king had literally paid him 7,000 pounds of silver so that Ragnar wouldn’t touch Paris.

Ragnar wasn’t killed in a battle, though. Nor did he die of old age. King Aelle of Northumbria threw him into a pit of venomous vipers. But as you’ve just learned, Ragnar’s death was avenged by his son Ivar in a very brutal way.

There was a justification why the sight of a Viking longship frightened coastal villagers: the Vikings were terrible news for everyone. Vikings fought with each other when they weren’t raiding, pillaging, or demanding tribute not to raid and pillage. There are many other badass Vikings that it’s difficult to choose just ten, but these ten made their peers soil their britches.